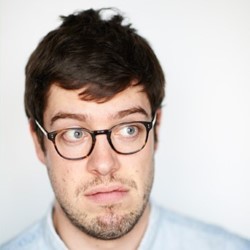 Hilarious character com-oddity Dan Jones hammers his relentless debut into your eyes. His rabble of futile characters will make you laugh, cry, wince, recoil and donate as they try and make sense of their desperate lives. Socially awkward, uncomfortably imposing, unhinged character comedy from the least attractive member of last year's Edinburgh Fringe hit: Don't Drop the Egg. Jones will explore his own sanity, social pressure, success and the self, through the eyes of fools, and the ears of you.