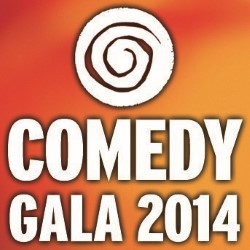 Edinburgh's biggest comedy event featuring an all star cast, with special guest hosts to be confirmed! Previous years have included Jon Richardson and Kevin Bridges among others. Book early. Recorded for television.

Hosted by Kevin Bridges and Seann Walsh and featuring the cream of the comedy crop, the Comedy Gala returns to the iconic Edinburgh Playhouse on Tuesday 19th August.

After the successes of the 2010, 2011, 2012 and 2013 Edinburgh Comedy Galas, Off The Kerb Productions are proud to present a bigger and even more brilliant night of stand-up for comedy fans at the 2014 Edinburgh Fringe Festival. COMEDY GALA 2014 in aid of Waverley Care will be hosted this year by Kevin Bridges and Seann Walsh on Tuesday 19th August at the iconic Edinburgh Playhouse. Book early to avoid missing Edinburgh's biggest comedy event.

The Comedy Gala 2014 in aid of Waverley Care will feature the cream of the comedy crop at this year's Fringe and, as previous years, will also be recorded for television, meaning that even if you can't make it to the Festival you won't be missing out on all of the fun.

Set to be the Edinburgh's biggest comedy event this August, the Edinburgh Comedy Gala 2014 will showcase some of the finest comedic talent at the Fringe in aid of Waverley Care, Scotland's largest charity providing care and support to people living with HIV and Hepatitis C.