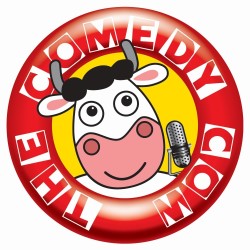 From the land of concrete cows and roundabouts, Milton Keynes' The Comedy Cow presents some of the best up-and-coming acts to have graced their stage. Aaron Twitchen with his infectious brand of feel good comedy hosts! Headlining is Olaf Falafel who earned the fictitious title of Sweden's eighth funniest comedian through his mixture of one-liners and Scandinavian-tinged stories. Opening is BBC New Comedy Award semi-finalist Jake Lambert, who started performing stand-up after jumping from behind his twitter handle @LittleLostLad.