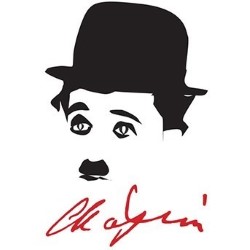 The story of Chaplin is as great as all stories he gave life to on the silver screen. Growing up in the London slums, he put the world at his feet through his talent and tenacious work and became one of the world's most famous and beloved persons. His life is a classic story of someone who has nothing but wins everything. It is a story of what fame and money cannot buy; a story of someone who is forced to put it all on the line for the sake of his belief in love, art and freedom.