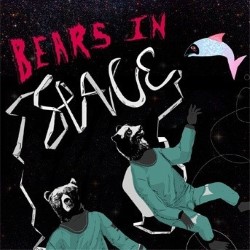 Starring Jack Gleeson, Aaron Heffernan and Eoghan Quinn, Bears in Space is a new hour of madness from Collapsing Horse. The show centres around two cosmonaut bears on a spaceship hurtling toward the impossibly distant limits of the universe and the villainous beings who chase them. Through their renowned puppetry, comic skills and music, Ireland's most exciting young company, Collapsing Horse, consider the perils and wonders of a journey across space and time to nowhere. Join them on their ethereal adventure! 'A mountain of imagination...a marvel!' (Sunday Times). 'A triumph!' ***** (Entertainment.ie). 'Stand-alone triumph' ***** (Herald).