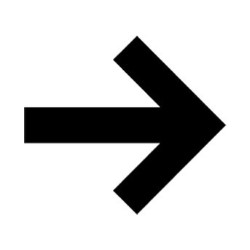 For his first solo stand-up hour, Barry Ferns invites you into The Barry Experience. Winner of the Malcolm Hardee Award 2013, Chortle nominated Best MC 2014. 'The best comedy show I have ever seen' ***** (ThreeWeeks). 'The all-encompassing spirit of the Fringe' (Scotsman). 'Surreal genius' **** (Metro). 'So funny someone should call a paramedic' (Guardian). 'Don't miss this gold-plated chance to laugh at someone less fortunate than you' ***** (TripAdvisor.co.uk). Directed by John Gordillo.

Well-known stunt-maestro Barry Ferns brings his debut stand-up show to the Fringe. He's known for his clever marketing stunts including changing his name to Lionel Richie by deed poll and performing a show at the top of Arthur's Seat, but now he invites you in to The Barry Experience. Chortle Award 2014 nominee and winner of the Malcolm Hardee Cunning Stunt Award at the Fringe 2013, his writing credits include School of Comedy (E4) and Milk Run (BBC R1).