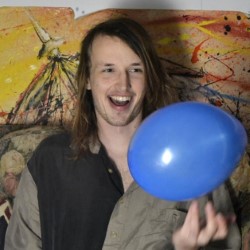 This show will either be great or, like, ironically great because of how bad it is. On the Nic Cage spectrum it'll be either Lord of War or Con Air. Either way you're in for a good time. To explain a bit of the show though the clue is in the name, Andy Field is a Giddy Manchild. This is a show by him, illustrating all the ways in which he is both giddy and a manchild and the awful consequences these traits wreak on his life.