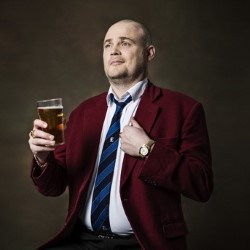 The nation's favourite publican celebrates 20 years at the lager top with a glimpse of his brand new 2014 stand-up tour. Not to be missed - place your orders now! 'A national treasure' (Daily Telegraph). 'Murray's interaction with the crowd remains one of the wonders of the comedy world' (Times).