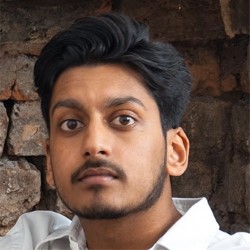 Using lyrical language, emotional frankness and funny jokes, alternative comedian Ahir Shah presents Texture: a stand-up show about moving house, romance, drinking, perception, deer, and other things of that nature. This year, he has performed a solo run at London's Soho Theatre and won the award for Best Show at Dave's Leicester Comedy Festival. Previous praise: 'As thoughtful and compelling a show as you're likely to come across all August' **** (Fest). 'Charismatic and of rewardingly cerebral approach' (Guardian). 'Some jokes are inaccessible' **** (ThreeWeeks). 'He is made for stand-up' (List).