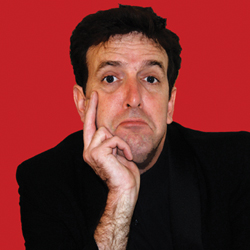 Satire starring Will Franken performed on the following days in August 2013...

Kaleidoscopic solo sketch artist returns, following last year's acclaimed debut rated amongst the British Comedy Guide's top 15 shows. 'An astounding character comedian who makes almost everyone else in his field look like lazy chancers' **** (Chortle.co.uk). 'Franken's imagination is like Chris Morris: This is Blue Jam with a wilder look in its eyes' **** (Guardian). 'What elevates Mr. Franken is an erudite wit and a highly developed sense of the absurd' (New York Times). 'I cannot remember one moment of this show that wasn't funny.' **** (Scotsman).

Following last year's critically acclaimed debut, Will Franken, the prolific psychedelic one-man sketch phenomenon, returns to the Edinburgh Festival Fringe with his brand new show, Concert to Benefit the Victims of My Father at The Pleasance Dome from 31 July - 26 August.

The latest absurdist triumph by expatriate American character comedian Will Franken is an all-new hour of mind-blowing and surreal vignettes, showcasing Franken's trademark comic mania and his vast arsenal of faces and voices, all cleverly couching an acerbic wit and biting social commentary. In this instalment, among many other fun-house imaginings, Franken cavorts around as the "laziest drag queen in the world", holds an emergency press conference to cover the tragedy of a ballpoint pen falling from his hand onto the stage, and - elucidating a growing concern over the earth becoming more spherical - interviews statesman Al Gore on the dangers of "Global Rounding".

Now London-based, Franken's lifelong Anglophilia and current UK adventures also come to life in such multi-character tales as senior citizen David Bowie recording adverts for Sanatogen Silver and Arthritis Weekly; the rousing Churchillian victory speech and celebratory champagne toast given by the captain of the Peckham Fire Brigade following a 999 call; and Will's strange and terrifying encounter with The Sheriff of Wales.

Named Best Comedian by the San Francisco Weekly and "Best Alternative to Psychedelic Drugs" by the Bay Guardian, Will is a one-man Monty Python's Flying Circus served American style. He has appeared on BBC America's The World Stands Up and has been featured in numerous international comedy festivals including Montreal's prestigious Just For Laughs, The New York International Fringe Festival and in the UK, his show Things We Did Before Reality debuted at the Edinburgh Festival Fringe, and was rated amongst the British Comedy Guide's top 15 shows, before transferring to London's Soho Theatre to critical acclaim.