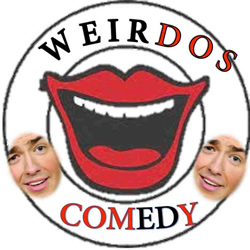 Only the following people are allowed to come to our show: TV Producers, Talent Scouts, Comedy Agents, TV Producers, People who have a disease that makes them sneeze whenever anyone talks into a microphone, The flatulent, TV Producers.