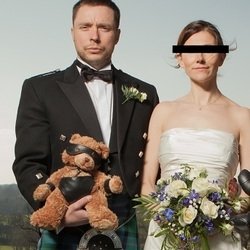 This award-winning comedy film-maker takes you through his riotous life experiences with procreation, hanging out as a kid in his family's old Edinburgh brothel, the worldly wisdom of his highly fertile, dipsomaniac father, pretending to be a missionary to score with an American beauty, the joys of fertility clinics, and his conviction that he will do time for killing anyone who tries to procreate with his daughter. Thallon's comedy writing is 'hilariously profane' (BestForFilm.com). 'Funny, bold and raw' (Screen International). 'Delivering constant belly laughs' (EdinburghScreenworks.co.uk). All profits to British Heart Foundation.