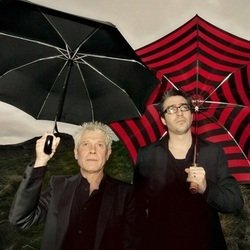 In their 2012 sell-out show Look at the State of Scotland, Vladimir McTavish and Keir McAllister took an irreverent tour around their homeland. Amazingly, they managed to find the funny in the Scottish political landscape. A year way from the referendum, they turn their satirical sights on the whole UK, and ponder how Britain might look were Scotland to vote yes. 'Amusing and thought-provoking' (STV). 'Insightful, satirical political comedy' (Skinny). 'Satirical barbs and neat twists on Scotland's culture' (Scotsman). 'An insightful, comedic look into the Scottish psyche' (ThreeWeeks).