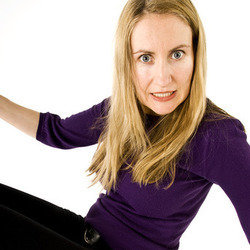 A hysterical trawl through the bemused and bewildered mind of a middle-aged teenage woman coming to terms with ageing, technology, fuzzy felt and The Man. From the writer and performer of BBC Radio Scotland sketch show, The Gates. 'Another hit' (Skinny). 'So sharp she could cut herself' (Edinburgh Evening News). 'Unforgettable' ( Scotsman). 'F*cking flawless' (Henry Rollins). Catch her now before she's too old to do it anymore.