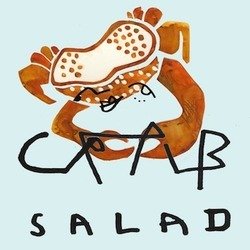 Graters are still the leading comedy group from University College London. Their return to Edinburgh sees the engrossing televised reunion of the eponymous fictional sketch group. Crab Salad consists of Julia, the character comedienne best known for her leading role in sitcom PC Mum; Dante, who reinvented himself as a scholar but didn't have the GCSE's for a PhD; Max, now an arrogant Hollywood actor and Laurence, who shares a home with Max in LA, but not his success. Graters' previous Edinburgh show was described as 'cuttingly funny' (ThreeWeeks).