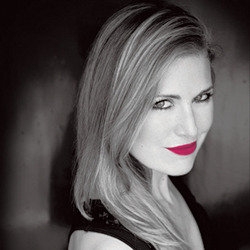 Lesley, 37, is a victim of the 'have it all, ended up with sod all' generation and she's angry and looking for answers. They won't be found on the floor of Whisky Mist nightclub or by partying with Kate Moss. What if, when you are ready to grow up, you've left it too late? Zoe Lewis's script takes a gut wrenching look at the thirtysomething dilemma. Starring Olivia Lee (Dirty Sexy Funny, Balls of Steel). Expect pop hits, artificial insemination and tears. 'Fantastic and hilarious' ***** (Daily Mirror). 'A beautifully constructed one-woman show' **** (Daily Telegraph).

Well known for her hilarious celebrity antics in Channel 4's Balls Of Steel and her own show Dirty Sexy Funny on Comedy Central, Olivia Lee will be starring in Touched... Like A Virgin by Zoe Lewis, at this year's Edinburgh Fringe Festival. This one-woman play is part of the Funny Women Pop-up Fringe season at the Le Monde Hotel.

Zoe Lewis's script takes us through the dramas of the thirty-something, featuring pop hits, artificial insemination and tears. Lesley believes she is a victim of the 'have it all, ended up with sod all' generation and wondering if, having found no answers to life on the floor of the Whisky Mist nightclub or partying with Kate Moss, you can leave it too late to grow up?