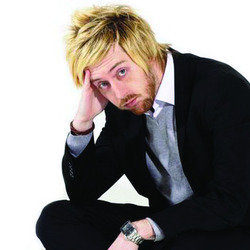 No latecomers. Under 18's should be accompanied by an adult.

Tony Jameson feels he's now at the mid-point of his life. He believes he's achieved some good things in his life, but there's still the nagging voice in the back of his head that wonders: could he have achieved more had he not spent the last 20 years playing video games? Join one of the north-east's hottest talents in his debut hour for silly stories and references to players you may / may not remember. NB It's not all about Football Manager don't worry. 'Cannot help but watch in awe...' (ComedyCentral.co.uk).