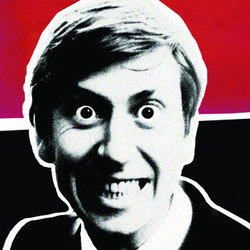 Award-winning stand-up and sketch performer Tony Dunn takes a look into the darkly comic world of psychopathy. We have all seen psychopaths in films and on the news, but what are they really like? Could you spot one if you tried? Is your egotistical, lecherous boss a psychopath or just an asshole? All these questions are addressed in an hour of sketches, pseudo-science and jokes. ThreeWeeks Editors' Award winner 2011. 'Simply fun ... lots of fun' (Comedy.co.uk). 'Dry, off-beat storytelling ... quietly impressive' (Chortle.co.uk). 'Dastardly' (LondonisFunny.com).