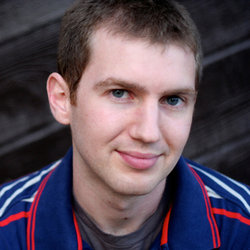 Comedian, engineer and former psychology researcher Toby Muresianu analyzes society. Toby has contributed writing to Yahoo, MSN, HBO's Real Time with Bill Maher, performed in ten countries, and is the author of several bestselling apps you might have on your phone right now - how about that! His website is TobyTheComic.com.