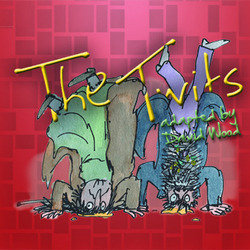 Meet the Twits! Mr and Mrs Twit are extremely smelly, nasty and cruel! They hate each other, playing nasty tricks to make one other look silly. When Mr Twit hatches a plan to capture and train some monkeys, (The Muggle-Wumps), all seems lost. But don't despair! The Muggle-Wumps and the Roly-Poly bird plan to give The Twits just the come-uppance they deserve! Incognito Theatre Company returns for a fifth year at the Fringe with this hilarious children's classic. It's a show packed with laughter, surprises and smelly beards! Suitable for children between the ages of 4 and 10.