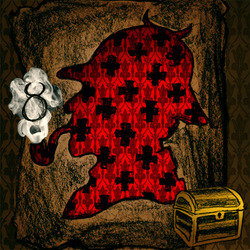 A handful of actors retell Sir Arthur Conan Doyle's epic Sherlock Holmes' tale of steamboat chases, hidden treasure, poison-darts and revenge in a madcap rollercoaster of a show. Packed with mystery and intrigue and featuring some of the oddest characters in literature, the story travels from the fog-bound banks of the River Thames to the sweltering heat of India during the great mutiny of 1857. Previous productions: '...fluent, energetic, brilliantly staged' (Scotsman). One of 'the best shows at the Fringe' 2012 (Times). 'Proudly laughs in the face of traditional theatre' (FringeGuru.com).