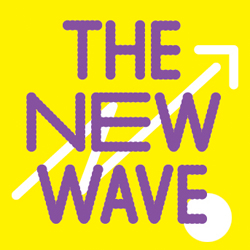 The New Wave, a cross section of the most exciting and innovative new acts in the country - 'this century's Comic Strip' (Sunday Times). A limited nine-show run following a sold out London residency, ahead of an Autumn nationwide tour. 'If you like your comedy daring, clever and with a pinch of genius, this is the show for you' ***** (Skinny).

Following the launch of The New Wave via a 15-date Nationwide tour in spring 2012, this year's selection of innovative new acts limber up for nine late-night Fringe shows, prior to a second National tour in Autumn 2013.

The New Wave is a cross section of the most interesting and exciting new acts in the country. Last year, 2012's New Wave made their way across the country to critical acclaim. Co-headlined by Adam Riches (Edinburgh Comedy Award Winner) and Jonny Sweet (Edinburgh Comedy Award Best Newcomer), and joined by a brilliant supporting cast including Nick Mohammed, Ben Target, Sheeps, Will Andrews and Toby.

This year, The New Wave gets a fresh injection. Following a sold-out London residency that had critics declaring this year's crop "this century's Comic Strip" (Sunday Times), 2013's New Wave convenes in Edinburgh for just nine performances. These late-night shows will consist of 2013's New Wave, some of last year's crop, a number of The Invisible Dot's other long-term collaborators, and some special guests.

Liam Williams offers one of the most intelligent and distinctive stand-up voices around; a furrowed brow of bold lamentation and comic invention. One of British comedy's new thinkers. Elsewhere on the Fringe he performs his solo debut. "Great voice, smart gags" (Chortle).

Having made a name for herself in her native Australia, Claudia O'Doherty is now plying her trade on these shores. Her Edinburgh Comedy Award Nominated The Telescope combined a loveable stage persona with genuine stylistic innovation. Her follow up, the Daniel Kitson directed Pioneer is a bold and eccentric follow-up and receives its world premier this year.

Jamie Demetriou is a character act like no other. A mad-ball of creative energy. Just two years out of University he has already performed as a part of the BBC Comedy Marathon and been involved in writing and performing projects for BBC and Channel 4 (Anna & Katy, Cardinal Burns, Comedy Blaps). One of the most impressive natural talents around. He too performs his solo debut this year.