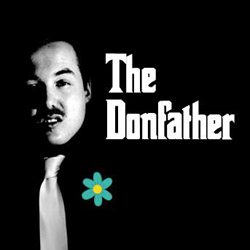 Surreal comedy parodying American gangster films. It's 1978. A Chicago mafia boss is under threat from the cops, an old foe and everyone else, it seems. Will his past demons come back to haunt him, or will they not? A story where heroes become villains, villains become heroes, and cliches stop being cliches.