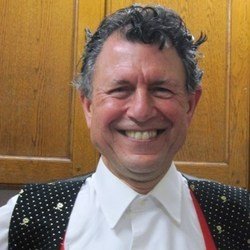 Theatre Someone brings you the story of Billy Markham, a down and out musician, who plays dice with the Devil and loses... or does he? Two experienced and versatile actors tell this devilishly funny tall tale, accompanied by great guitar music specially composed for this show. Written by American Shel Silverstein, the story was first published as a poem in Playboy magazine and later adapted as a one act play. Definitely not suitable for children! By arrangement with Samuel French Inc. Sell-Out - Fringe 2011.