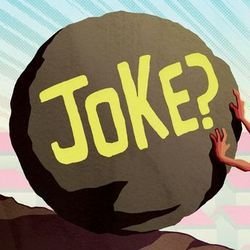 The ACMS marches on Edinburgh in pursuit of Noble Failure: life-risking comedy from changing bills of left-field dolts. ACMS is less a comedy show, more a way of life - albeit a way of life that is a ticketed event with comedy in it. Actually, thinking about it, it is more of a comedy show. 'Celebrating everything, and I mean everything, that is weird and wonderful in comedy' (Bruce Dessau). 'Joyous future of comedy stuff' (Sunday Times). 'Not just one memorable moment, but dozens of the bastards, all in one night' (Chortle.co.uk).

The ACMS was named one of Chortle's top ten gigs of 2012, nominated for the Chortle Award for Innovation, and has recently been commissioned for a series of Channel 4 Blaps. Currently selling out its London residency at the Soho Theatre, The Alternative Comedy Memorial Society is at the forefront of the "something different" happening in comedy.

"ACMS is the sort of comedy night they say no-one puts on anymore, and perhaps never did" - Stewart Lee

"Not just one memorable moment, but dozens of the bastards all in one night" - Chortle

"If this is the punk rock of comedy, count me in" - Bruce Dessau