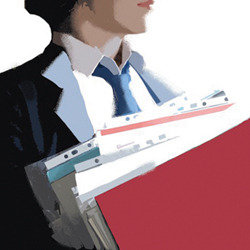 Brand new musical comedy that follows the exploits of five interns. Unexpectedly thrown together by a reluctant corporation enticed by government funding, this eccentric assortment of teenagers grapple to find their way in an unfamiliar environment, and are forced to overcome prejudice and preconceptions to form unconventional friendships. However, working under an enigmatic but ultimately deluded CEO alongside sexually confused co-workers proves a far cry from the mundane office tasks they had expected. Upbeat new musical with a big heart from the team behind Be Fruitful and Multiply: 'Wonderful ... perfect, hilarious and well gauged' (Stage).