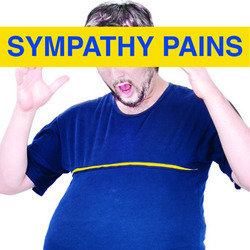 Rosalind Adler's (Jubilate! 2012, LOL 2011) new play about a pregnant man. Guy depends on his wife Chris: she out-earns him by squillions, he'd be lost without her. His sense of failure is eating him up but just when things couldn't get much worse - a miracle! He's pregnant! God alone knows how it happened - but he feels his life suddenly has meaning. Chris, on the other hand, feels more alone than ever. How will they manage? Is Guy serious? If he lets the pregnancy go, what's left? In 2013 men and women need to renegotiate.