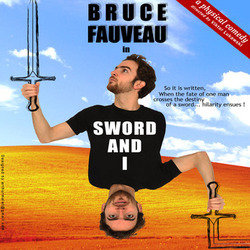 So it is written: when the fate of one man crosses the destiny of a sword... hilarity ensues. Trained at the world-renowned Jacques Lecoq theatre school in Paris, master of physical comedy Bruce Fauveau tells the tale of a man who finds an ancient weapon. This sword has the power to take its owner, and the audience, to unimaginable heights, or plunge them into total darkness. Told in four segments, this epic tale is punctuated by surreal sketches, outlandish characters and comedy... lots of comedy. Dark-ass comedy. Power. Destiny. Sword. Door collection.