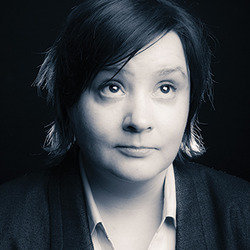 After a sell-out run in 2012, Susan Calman, (News Quiz, QI and Calman is Convicted) is back with a new show. For 12 nights only Susan will be asking lots of questions. Questions like where is she, what is she doing with her life, and can she put cat wrangler as her occupation on a mortgage application? But will the answers be found in the basement of a comedy club? She hopes so. Because, like the show, she's always a work in progress. 'Confident, compact ... cracking.' **** (Evening Standard).