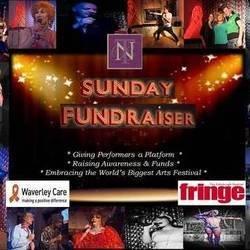 Some famous acts have graced the stage at The New Town Bar and this year is no exception. Come along and be entertained, while raising cash for charity. Previous acts include Jo Caulfield, Bob Downe, Stephen K Amos, Margaret Cho, Craig Hill and many more. A free afternoon of comedy, musical theatre, live music, theatre - name it, we got it! Showcasing over 50 acts over four Sunday afternoons. Come along and mix and mingle with us as we showcase the best of the fest 2013!