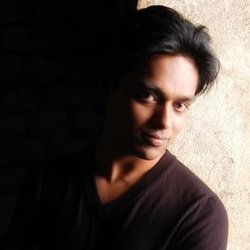 After 14 years of successful gigs, four hit comedy albums and many sell-out Fringe shows together, Suman left the double-act Amateur Transplants needing a well-deserved break. You'll know his voice already as lead vocalist on their original iconic viral hit song London Underground, and many others. This year Suman returns to Edinburgh with his piano for his first solo show, featuring brilliantly inventive new songs as well as smutty old favourites. 'This made me very, very happy' (Stephen Fry). 'Genius' (BBC Radio 1).

After taking a break from performing with his double-act Amateur Transplants, Suman returns to Edinburgh this year with his piano to perform a week of the funniest, most ingenious comedy songs around, in two different solo shows:

Free after Amateur Transplants: The mischievous medic showcases some of the best-loved parodies from the former double-act's fourteen years performing and recording together.

Due to scheduling difficulties, the double-act Amateur Transplants split in 2011. Still working full-time as a doctor in Anaesthetics, Suman is starting from scratch at the Fringe this year with his first solo show of imaginative new songs parodying all aspects of life, as well as the second show featuring old favourites from the Amateur Transplants days.

With donations going to the charity LIFEBOX.

- First viral hit was the iconic London Underground Song in which Suman voices the sweary frustration of the capital's tube passengers; it helped lead to sell-out shows at the Edinburgh Fringe every year since 2005.

- Three albums topped the iTunes Comedy chart (even knocking Tim Minchin off the number one spot).