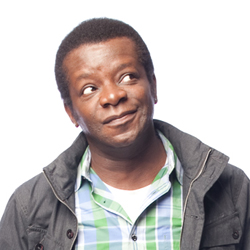 Join festival favourite Stephen K Amos as he chats with guests hand-picked from the worlds of theatre, comedy and music. 'Great variety show featuring a diverse range of performers, gloriously presided over by the immensely funny charismatic host' **** (Edinburgh Festivals Magazine). 'Amos has so much ebullient effervescent good cheer ... there is no such thing as a bad hour in his company' **** (Chortle.co.uk). 'He's so sharp that one day he will cut himself' (Scotsman). Provocative, thoughtful and wickedly funny' (Stage). 'Hilarious ... comic genius' (ThreeWeeks). 'Rare charisma' (Independent).

Stephen will also be hosting the Stephen K Amos Talk Show at Pleasance Cabaret Bar this year. Join in the warmth and bonhomie as he chats with guests, hand picked from the worlds of theatre, comedy and music.