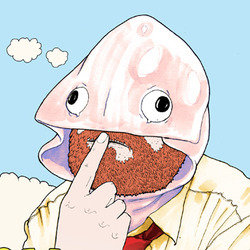 Winner: Best Performance, Auckland Fringe 2013. Trygve Wakenshaw delights in this critically acclaimed physical comedy about an imaginary friend who makes imaginary friends who make imaginary enemies who make imaginary armies out of imaginary Scotsmen. A stream of consciousness comedy adventure. A squid in an elevator. An exploding cow. Ornamental Japanese lawn. What will happen? Nobody knows. Not even the squid. 'Laugh out loud funny' **** (www.FringeReview.co.uk). 'I promise you will leave with a feeling of contentment, whimsy and just a dash of excitement' (Theatre People). 'Impossible not to love' **** (Soundpond.net).