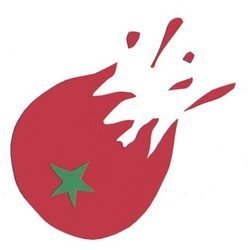 Tomato present their debut comedy Fringe show, Soup. Join them for the perfect post-lunch treat full of mirth and merriment that will guarantee joyous lashings of raucous laughter. Discover a wheelbarrow full of sketches freshly snipped from this year's bountiful crop and watch in delight as they sow characters from the traditional to the absurd. Previous Tomato triumphs include Bloody Mary, Growbag and a hilarious sketch that was part of the National Theatre of Scotland's 2012 project, Five Minute Theatre. This free show is a great way to kick-start your chuckle muscles, so make sure you're there.