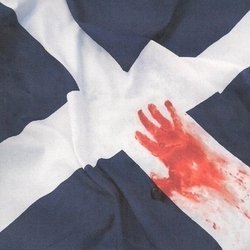 1513, Flodden Field: among the dead lay Scotland's most popular Stewart King and the flower of her nobility. Who was James IV, the charismatic monarch with a fascination for women, alchemy, cannons and metal underwear? Were his 'three steps into England' just a mad-cap, ill-considered, naive adventure, destined to end in disaster? Or was he driven to it by the French, and having suffered relentless provocation by the arrogant Henry VIII? With creative and quirky storytelling interwoven with a witty selection of songs, IDEOMS will attempt to dispel the resulting 500-year-old inferiority complex ... provided nobody objects!