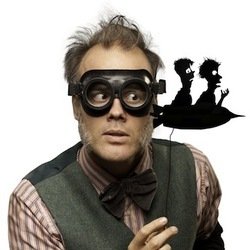 This is the tale of Sam and Junior. Two brothers who must flee their barren planet and embark on an epic journey across the galaxy. Using bits of rubbish and junk, award-winning performer Jeff Achtem creates a shadow puppet universe full of hilarious DIY effects and lo-fi sci-fi visual wizardry. Totally remastered for 2013, Slapdash Galaxy returns to Edinburgh with a new, eye-popping 3D finale. Shadow puppets in space... in 3D! 'A feast for the eyes and the mind, this performance emphasises the power of the imagination' (EdinburghFestivals.co.uk).