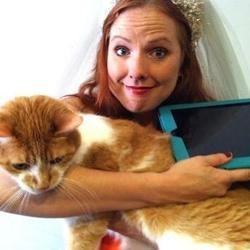 What do you do when you're 'happily' married...but completely alone? Anything you can think of! SingleMarriedGirl, an original adaptation of the blog www.singlemarriedgirl.com, follows the hilarious antics of Laurel Spears, a Chicago native who, finding herself at the crossroads of a dead-end marriage and major identity crisis, decides to take herself on a date...and see what happens next. Funny, poignant, quirky and cool, Laurel's the girl you always thought you wanted to be...until you read her blog! 'Personable and engaging' (MDTheatreGuide.com). 'A search for self' (Washington Post). 'A little gem' ****½ (DCMetroTheatreArts.com).