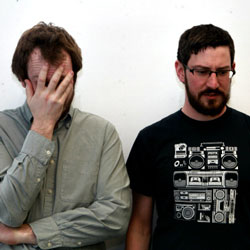 After years of working behind the scenes on some of the UK's best known comedy TV shows such as Charlie Brooker's Weekly Wipe and 10 O'Clock Live, Simon and Tom are now having a go at being in front of the scenes instead. Shame is the unspoken epidemic of modern society. It's time for someone to tackle it head on. Good luck to them. Instead, Simon and Tom have written an hour of stand-up comedy about it and will be mostly skirting around the issue. Please come along, it would be a shame if you didn't.