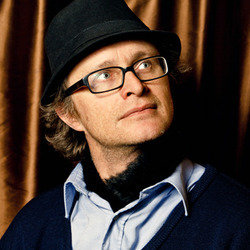 Simon Munnery stabs at the void between dead film and live theatre in his latest fylmtastic fylm. As seen on Comedy Central's Alternative Comedy Experience and heard on BBC Radio 4's News Quiz. 'In one audacious, ingenious leap of imagination, Munnery has escaped the bounds of stand-up as we know it' ***** (Scotsman). 'Ambitious, artistic and hugely funny - comedy connoisseurs will love it' **** (Time Out London). 'One of the most consistently original minds in comedy' (Guardian).