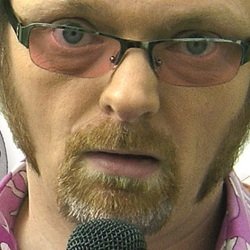 A revealing rummage inside a head housing a three-way punch-up between machismo, heterosexuality and effeminacy. Butch - football and DIY. Straight - sexual orientation. Poof - everything else in my life. The show revolves around the list of bizarre reasons for which I have been accused of effeminacy. My sexuality is not on it. The type of tea I drink is. I finish with a song of which I am both proud and ashamed. 'Former Viz man, as funny with a microphone in his hand as he was with a pencil' (Guardian).