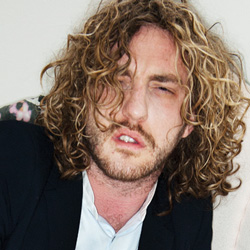 Star of Live at the Apollo, Argumental and Seann Walsh World returns to Edinburgh with an all-new hour to show the world that he's the Lie-in King! 'See him now, before the stadium tour' (Sunday Times). 'Slick, funny observational comedy' **** (Chortle.co.uk).

Star of Live at the Apollo, Stand Up For The Week, and the soon to be aired Comedy Central show Seann Walsh World, Seann Walsh returns to Edinburgh with an all-new hour to show the world that he's the Lie-in King! Seann will be performing nightly at the Pleasance Cabaret Bar at 9.20pm.

Seann is a charming and charismatic natural born observational storyteller, and one of the most frighteningly precocious talents to emerge from the UK comedy circuit in years. Within two years of his first comedy performance, Seann was the winner of the Leicester Mercury Comedian of the Year. Shortly after other accolades included Chortle Best Breakthrough Act Nominee 2010 and Chortle Best Compere Nominee 2011.

Seann Walsh will be starring in his very own brand new television series Seann Walsh World due to air on Comedy Central this summer. Made by Open Mike Productions, the show will mix stand-up comedy with viral internet video clips as Seann delves in to his life as a young, single 26 year old comedian. Later this year, Seann will also star in Comedy Central's new original sitcom, Big Bad World.

Seann is set to record his debut DVD at the Hammersmith Apollo this autumn on Thursday 26th September. The DVD will be released by Universal Picture (UK) in November 2013 **tickets available now**