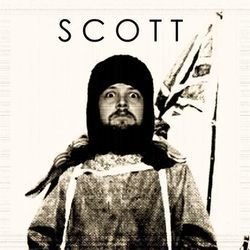 Captain Robert Falcon Scott (tenacious, tuneless, British) and Roald Amundsen (methodical, monotone, Scandowegian) are locked in a deadly race to be the first man to reach the South Pole. We all know who wins, or do we!? Using Scott's previously undiscovered secret diaries, this musical comedy lifts the lid on what really happened out there in that unforgiving icy wilderness. Join us for a tale of scurvy, oology and man-hauling, which may be some time (one hour). Also contains penguins ... sexy penguins!