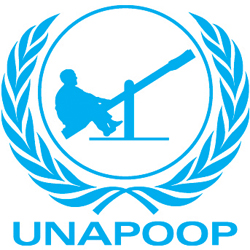 A man (Sam Quinn) gives up his imagination and with it, his best friend; a doctor has started to diagnose people with insanity if they refuse to use the see-saw in his surgery; and a hazelnut finds itself falling out of a walnut tree. The convergence of these three occurrences produces results of global socioeconomic and political importance. This production is part-funded by the United Nations Association for Playfulness of Older Peoples (UNAPOOP).

UNAPOOP will co-produce Listen, Lancelot... a pioneering theatrical comedy at the 2013 Edinburgh Festival in Scotland.

The performance forms part of a wider programme of initiatives aimed at countering the increasing suppression of playfulness in adults and its damaging global sociological effect.

Dynamic and different, frenetic at times and with a compelling narrative, Listen, Lancelot... explores the human characteristic of playfulness, why it degenerates as we grow older, what replaces it and the benefits of preserving its presence in our adult lives.

* What happens when a man gives up his imagination? And in so doing, denounces his best friend?

* Can a doctor diagnose people with insanity purely for refusing to use the seesaw in his surgery?

* And why on earth is a hazelnut caught falling out of a walnut tree?

The show is written and performed by Sam Quinn, a comedian motivated by a desire to create genuinely innovative performances that are funny, thought provoking and socially aware. Sam combines surrealist comedy and imagery with intricate writing and realist politics to make nonsense with good sense.

This will be Sam's second show at the Edinburgh Fringe.