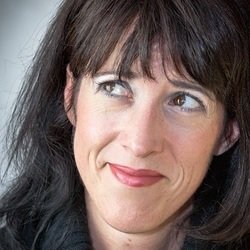 No latecomers. Under 18's should be accompanied by an adult.

Hey! Are you awaiting my next tweet? Probably not. I'll tell some jokes instead. Jokes this award-winning comedian will be telling are based around her footstools being the same height as her sofa, her desire to sit with her cat behind the sofa and how much she enjoyed being confined to the sofa when she was ill. In fact, Sally-Anne's show is quite sofa based. Put your feet up and enjoy an hour of her company. 'Sally-Anne's show fizzes with laughter and love' (Arthur Smith). 'Exceptionally funny' (Independent). *** (ThreeWeeks). **** (Skinny).