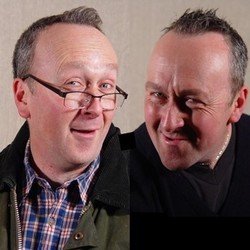 Malcolm lives in Morningside, Edinburgh's smart suburb. Imagine his shock when he learns that the One O'Clock Gun has disappeared. Imagine his horror when he learns that it has been stolen by... Glaswegians! Robin Cairns returns to the Fringe with his popular character, Morningside Malcolm, and a riotous comedy of the rivalry between Glasgow and Edinburgh. What do the Weegies want the gun for? And what relation is Malcolm to the mob who stole it? 'An absolute wee gem of a show ... superb one-liners' (FringeReview.com, 2012).