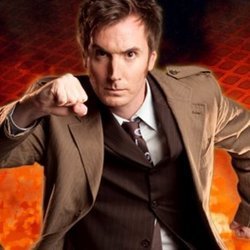 Doctor Who is about to face his greatest challenge: his number one fan. Rob Lloyd (Fan Number One) is putting The Doctor on trial. Is Doctor Who (the television show) guilty of inciting in Rob a debilitating obsession, or shaped him into a well-rounded, mentally-sound member of society? After sell-out seasons at the Melbourne and Adelaide Fringe Festivals plus the Melbourne, Sydney, Auckland and Perth Comedy Festivals, Rob now brings his show to Edinburgh for the first time. Suitable for anyone who has ever been tickled -or tortured - by obsession. Court is now in session.