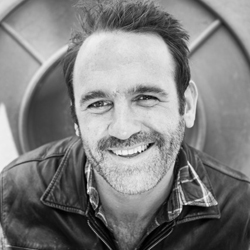 Twenty-two years of taking medication for an illness he never actually had culminated in Rob being admitted to a psychiatric hospital convinced he was Jesus Christ. Pull up a pew. He's got stories to tell.