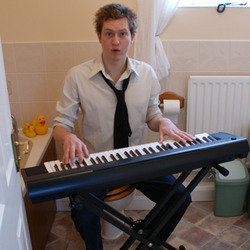 Hey! You there! Wouldn't you love to see a socially awkward stick-thin man tell jokes and play you funny songs? Of course you would! Rick Wood returns to Edinburgh after last year's four-star show with his observational stand-up, hilarious songs and explanations of how he used taunts of being called Stick Man to his own advantage. 'Loveable and relatable, creating audience attachment with ease' (BroadwayBaby.com). 'Gigantic ball of energy and hilarious jokes, that have people laughing from start to finish!' (Club 57). '...gangly and slightly awkward, engaging and charming' **** (One4Review.wordpress.com).