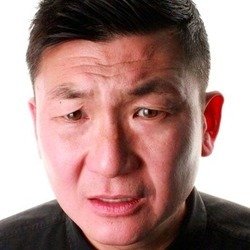 Rick Kiesewetter: Chink. Rick is an Asian American comic, adopted at age three and raised in New Jersey. He's spent the last 20 years living in the UK. These are his jokes and observations.