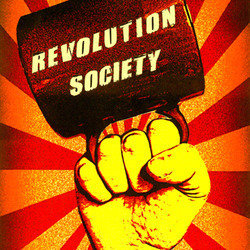 Students have always been revolting but this time it's different. The country's a mess and this lot are going to do something - they're just not sure what. But unlike all other revolutionary students before them they, like, really mean it. Sarah Power's smart new comedy won an international writing competition to find new work for young actors. This is the sixth year Guildford's Yvonne Arnaud Youth Theatre has been at the Fringe and 'young casts brimming with energy and talent' (FringeReview.com, 2012) have won rave reviews for their 'charming, exquisite and moving productions' (BroadwayBaby.com, 2012).